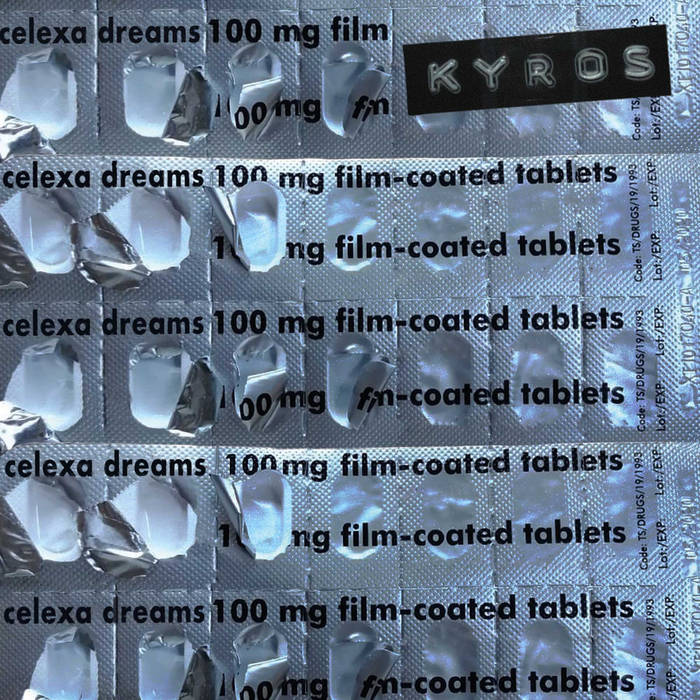 obelix5150 Perfect progressive music, made with progressive attitude, with one foot in the past and one in the present (and a third foot in the future - congrats on the extra limb, guys!). A truly amazing record!

“Showcasing the Kyros instrumental prowess, occasional blasts of heaviness, creativity and unpredictability, Celexa Dreams does the lot."
At The Barrier

“Kyros have taken the undeniable pop sensibility of Peter Gabriel’s So, and married it with Rush’s new wave turn, Native Construct’s oddities and the crisp production veneer and tech metal adjacent tendencies of Vola, Voyager and Haken"
Heavy Blog Is Heavy

"The range of musical and compositional skill displayed by Kyros on this album is very impressive – Celexa Dreams has something for everyone. Kyros cannot be faulted for their breadth of vision and style"
Velvet Thunder


Launching with the percussion-driven album opener 'In Motion', 'Celexa Dreams' collects a selection of "short stories", each underpinned with a thought-provoking lyrical concept. From a fruitless romantic obsession to a commentary on the dangers of the more toxic side of internet culture and anonymity, each slice of 'Celexa Dreams' pulls from threads of the band's collectively accumulated life experiences.

Bright, colourful and brimming with nostalgic influence, 'Celexa Dreams' is available to stream and purchase now.

Not afraid to take songwriting and musical experimentation to a whole new level by pushing the boundaries. Creating fresh, new and exciting music with influences ranging from eighties pop e.g. Depeche Mode and Kate Bush through to modern post-
progressive and alternative rock music such as Muse and Porcupine Tree. ... more

Bandcamp Daily  your guide to the world of Bandcamp

Serena Cherry debuts her black metal project, plus a Pick from the Crypt block from Svalbard