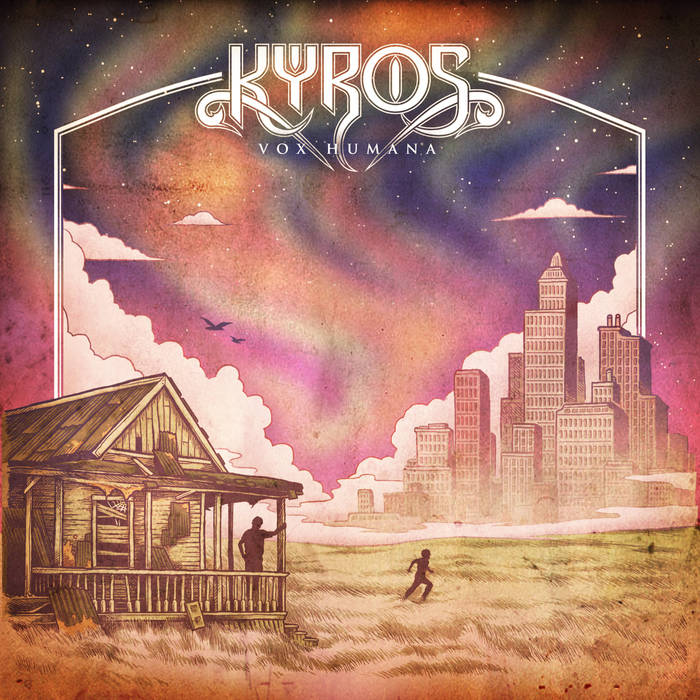 porretas A small revelation seeing them live in Italy... Bombastic and ambitious. Check also their debut Synaesthesia album (unfortunately not on this platform - see their site)

Michael Meadows A fantastic array of superlative musicianship and sound!

A culmination of approximately three years of writing, recording and mixing with efforts from all members; Adam Warne on vocals, keyboards and mixing, Joey Frevola on guitars and programming, Sam Higgins on vocals, guitars and additional programming, Peter Episcopo on vocals and bass guitar and Robin Johnson on drums and percussion are proud to present Vox Humana as KYROS’ first professional release as a band since transitioning from a solo studio project whilst signed to GEP Records.

The album also features a full live brass section with parts arranged by Raymond Hearne, better known as the drummer in the progressive metal band, Haken. Mastering of the album was expertly undertaken by Jens Bogren at Fascination Street Studios (Haken, DragonForce and Opeth) in Sweden.

Not afraid to take songwriting and musical experimentation to a whole new level by pushing the boundaries. Creating fresh, new and exciting music with influences ranging from eighties pop e.g. Depeche Mode and Kate Bush through to modern post-
progressive and alternative rock music such as Muse and Porcupine Tree. ... more

Bandcamp Daily  your guide to the world of Bandcamp

Serena Cherry debuts her black metal project, plus a Pick from the Crypt block from Svalbard